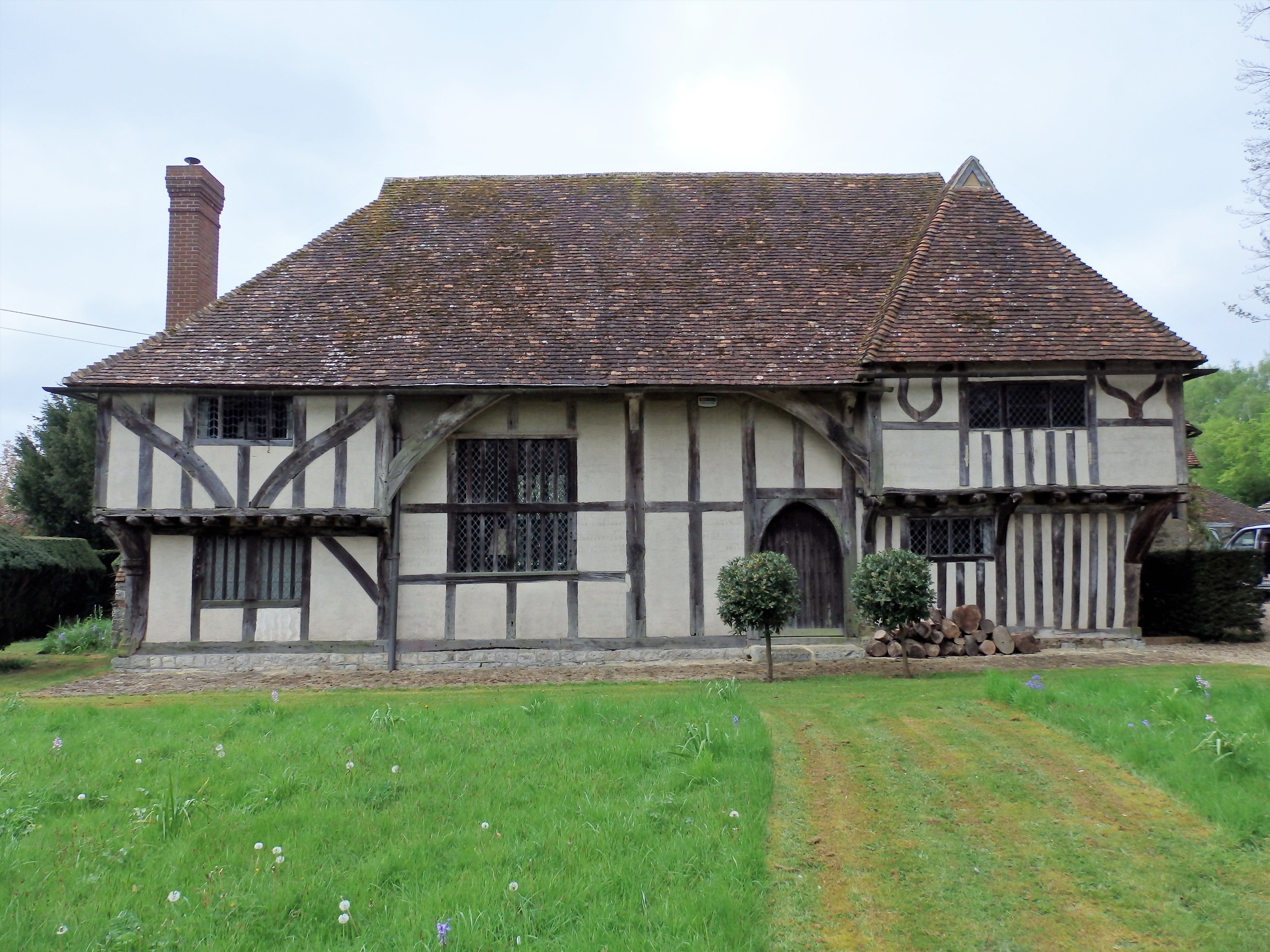 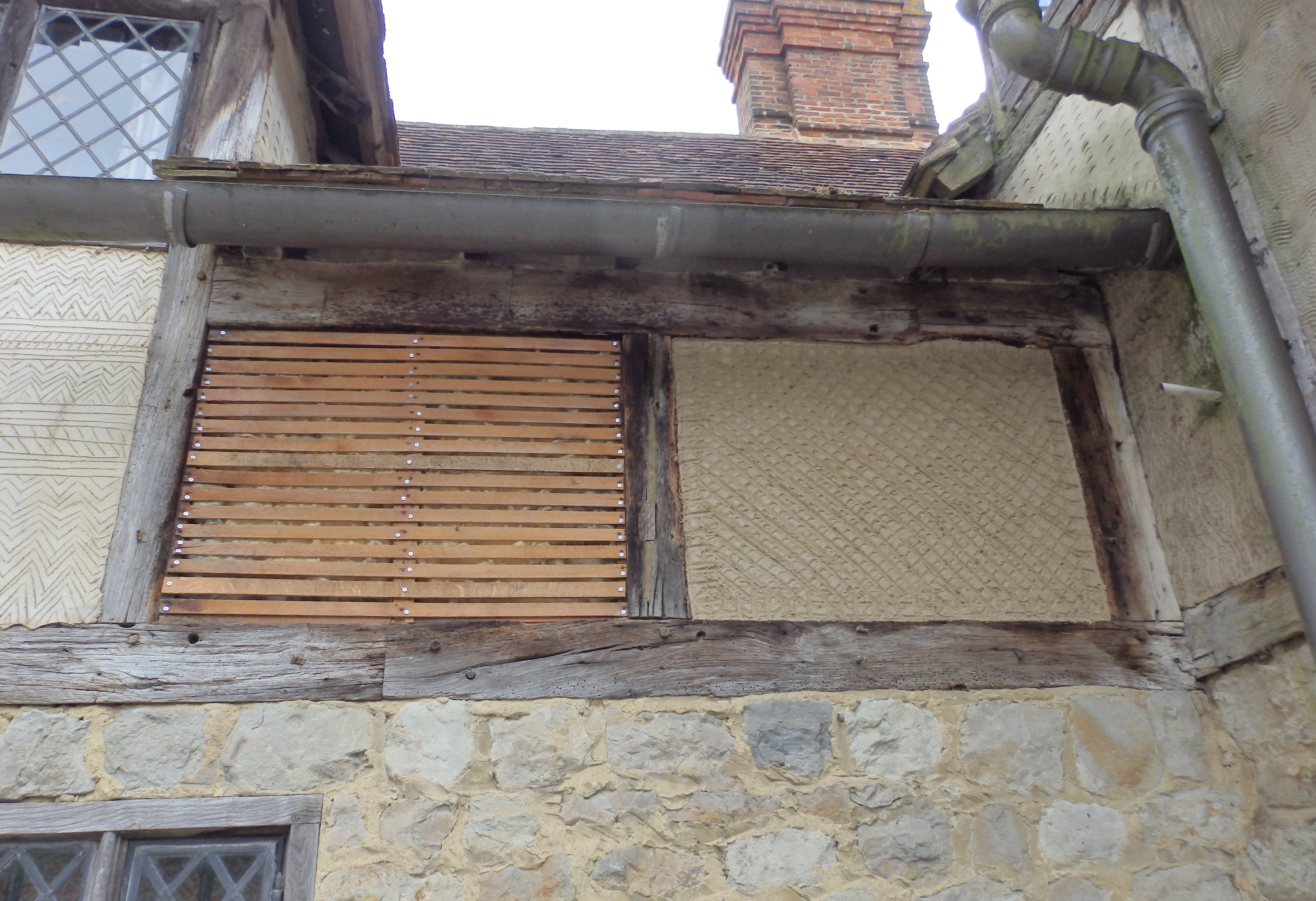 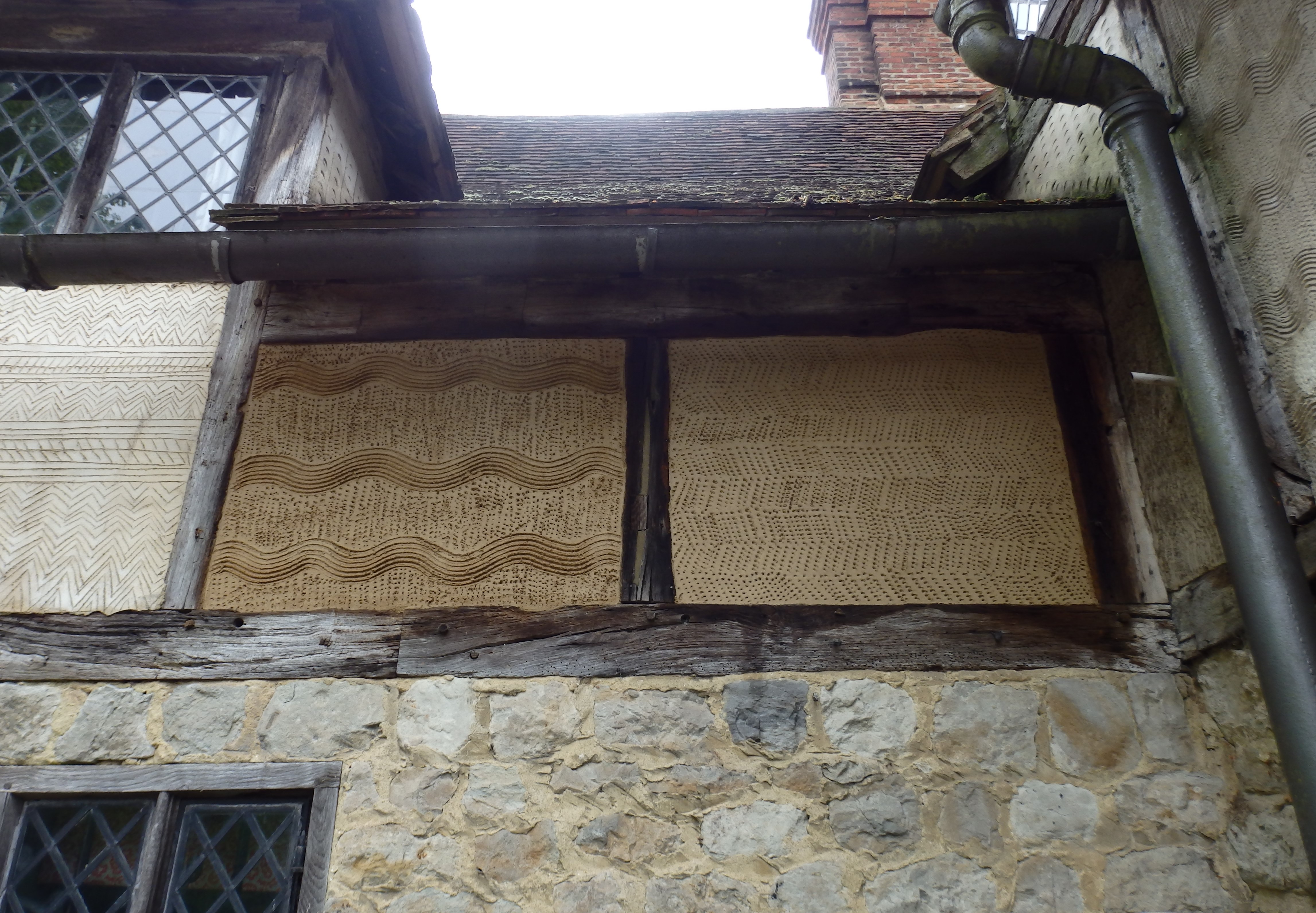 Otham Manor, Kent. Also known as Wardes. A 14th century, Grade 1 listed property, dating around 1370. Near Maidstone. This is an important early example, of this type of, “Timber Framed Hall House”.

The original lime rendered panels, with markings were failing and coming away, so needed to be carefully repaired. So they have been repaired with a lime render, which hair was added to the mix, with the markings added to match the original panels. Firstly, I removed the old tired, panels, and then I could examine the condition, and repair and fix the existing laths. Then I could apply a first coat of lime render, with hair added to the mix. Then finally, after the first coat has carbonated, apply a second coat, of lime render, and then I applied the markings to match, the original panels. Therefore bringing this magnificent historical building, back to it`s former glory. Work was carried out in 2019.

Materials were supplied from  http://www.chalkdownlime.com

Similar projects, of Grade 1 listed properties around the Kent area, I have worked on.

About author: Paul Marshall
Paul is a qualified plasterer in all aspects of plastering. He has been plastering in Kent for over 30 years. When not working you can find Paul windsurfing, hiking, mountian biking or exploring the countryside.
Prev
Next